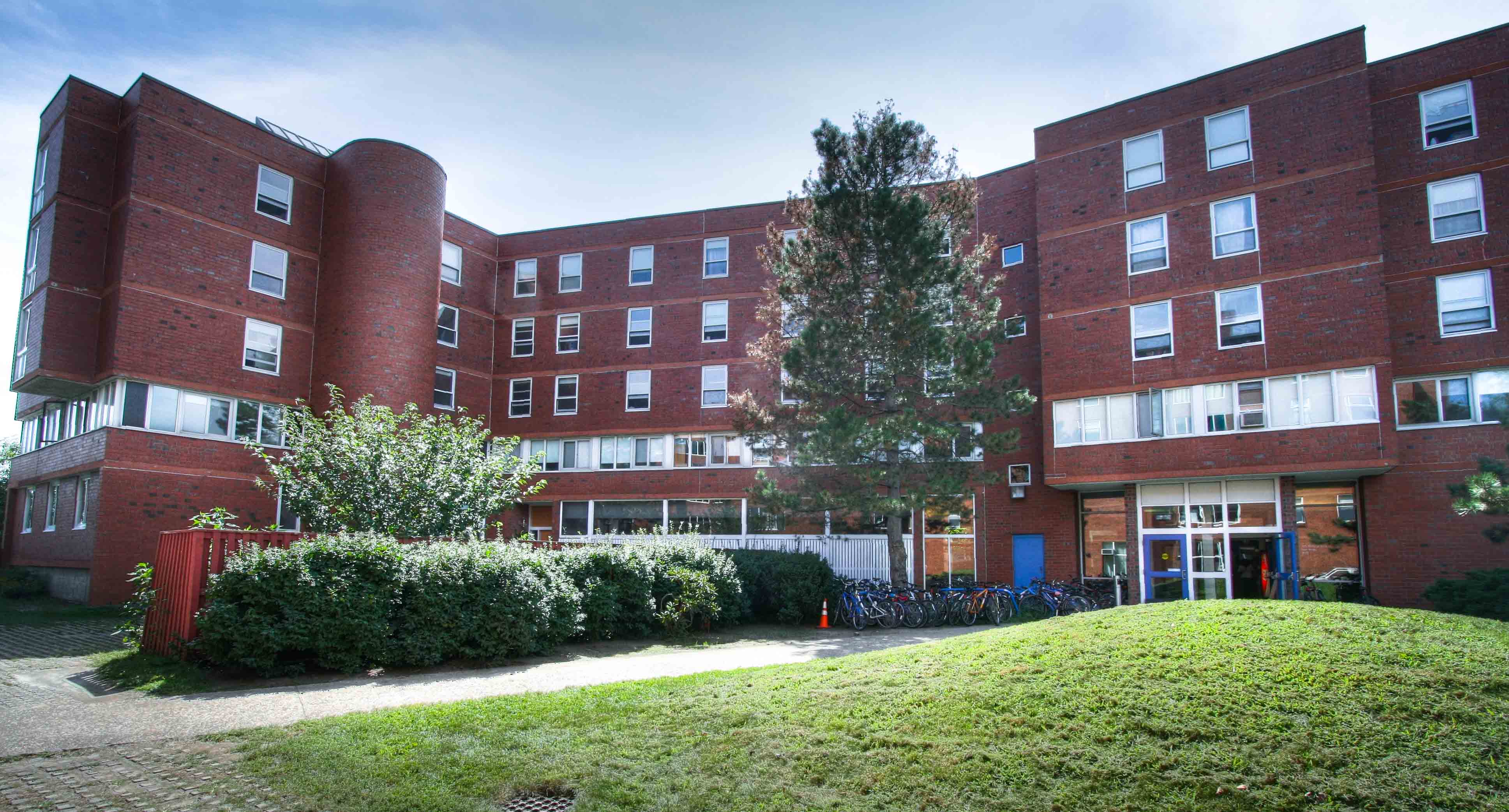 "Where the sidewalk ends."

We’re interested in anything and everything! You’re sure to find other people in Next with similar interests as you - whether it be playing a varsity sport or just going for a casual run, playing in MIT’s best musical ensembles or just jamming in the music room, acting, singing, playing board and video games, building cool techy projects, doing recreational math, sleeping (sometimes…), cooking, or eating - we do it all!

But, despite our huge range of interests, the one thing that we all have in common is that we love to have fun, and we’re friendly and engaging!

To learn more about what it means to be a Next House resident, please take a look at our Community Standards Handbook. To see what we’re up to, check out our Next Exec Meeting Minutes.

Some wing’s pages are currently under construction. Please check back later for those.

2E is a smorgasbord of good times, from Pizza Boiz to 5:30 dinner club, spontaneous boba runs, secret Santa, a wing-wide Assassins game, and just plain old camaraderie. We feel that two aspects help us stand out: firstly, we are extremely close-knit; and secondly, we love celebrating individuality.

We’re friendly, we care about our neighbors, and we’ll talk as long as our schedules allow – about opinions, advice, current events, random tidbits of history, or totally hypothetical storylines. Our favorite pastimes include theatre, salsa, card and board games, Domino's and Overwatch.

3 East, known affectionately as Danger Third Rail, is home to a vibrant and diverse wing of students. We generally all share a passion for our community, recognizing 3E as a second home, and believe in building each other up and taking care of each other.

A place of late night laughter, the sound of drills, show tunes echoing, passionate discussions, warm hugs, and a real sense of home. We, in 3W, or SafetyThird as we call it, are builders, singers, dancers, actors, puzzle solvers, videogamers, theater directors, photographers, and generally caring people.

Late night Netflix binging? Random Beantown excursions? Shenanigans galore? Studying? Check! Check! Check! Friends for life, here in 4 east we love our community. Whether 2am or 2pm, we are always around if a friend needs entertainment, help on a pset, or someone to talk with.

We're a vibrant community of many diverse students from all over the country and the world. Our members have a wide range of interests and represent various different majors. Residents represent numerous student groups such as ATS, Next Sustain, Next Make, and Next Act to name a few.

We’re a diverse group ranging from singers to sci fi enthusiasts to swing dancers. Favored activities include gaming, crafting, baking, poker, jam sessions, and drinking unholy amounts of boba tea. Fundamentally, 5E is a place where we learn from each other, have fun together, and build each other up!

Welcome to 5W, the farthest wing of the farthest dorm, and the best wing of the best house. Here you can chill in the lounge with friends or go out hiking on the weekends. Make your own late night coffee and hot chocolate, and play movies on the big screen whenever you like using our wing projector.

Next is one of the most social dorms on campus! We have regular study breaks (such as coffeehouse) and social events so you can take a break from those psets, an annual fall formal so you can dance away, and an annual ski trip so you can breeze down a snowy mountain (…or tumble on your behind, if you’ve never been skiing before). Some other big social events that we’ve had include wing competitions, Next Island, Mardi Gras, and Next Big Party.

But that’s just part of the story - just walk through any wing of Next in the evening and you’ll find a hustle-bustle of action. People will be in lounges working on psets together - having a good time while getting some work done. Others will be cooking, jamming in the music room, watching TV, playing video games, or just chilling and having a good time. It’s these smaller, impromptu social gatherings that really define the warmth and friendly atmosphere of Next.

Next Act is our annual, student-run musical. Every year, we transform our huge tastefully furnished lounge (TFL) on the first floor into an awesome theater, and put on a great show for CPW. Everyone in the show - including the actors, actresses, prod staff, and pit orchestra - are students from Next and all around campus. There’s a wide range of experience levels, too - for some it’s their first time being in a show, while others have been in so many shows it’s hard to keep count! Next Act is open to everyone, and it’s sure to be a lot of fun.

Next Anime is a super chill, low commitment student group that meets weekly to watch anime. We aim to watch 2 episodes of a current anime and 2 episodes of a finished airing anime every week. There are plenty of snacks and plenty of fun. Shows we watch are determined by the members! Special events take place at the start and end of the semester.

Next Art is an art club at Next House that aims to create opportunities for Nexties to do art! We have art supplies that any Nextie can borrow and we also hold events throughout the semester such as art evenings, in which people work on personal art projects while eating snacks together, and workshops, in which a Nextie volunteers to teach others how to do an art thing. Next Art encompasses all sorts of visual arts, including arts and crafts with some visual component.

Next BAD is a group of Nexties that get together to play badminton every week.

Next Bake joins together Nexties that love baking and cooking together. (And are occasionally responsible for feeding us delicious things.)

What’s that in the courtyard? Every year Nexties in Next Big Thing build something really big.

Next-Code is a group of avid programmers who like putting together projects and hosting workshops for the House.

Next Football Club (Next FC) was founded to provide a competitive yet amiable soccer game to not only Nexties but any player who smiles at the idea of moving around some grass with a rubber sphere of air. Next FC is one of Next’s largest student groups. Members regularly hold practice and play in leagues (and play their fair share of FIFA). Forza Next!

Next Gamers are a group of Nexties who love to play video games or board games. We provide everyone at Next House access to our large collection of board and video games, and buy more every semester. We often have game nights with snacks or themed game nights, so be sure to stop by!
Check out our list of games here.
Join our discord here to suggest purchases, look for other players, or just to chat!

Next Haunt creates and operates a real-life haunted escape the room game for the MIT community during Halloween season. It features physical adventures in which groups are locked in a room and must use elements in the room to solve a series of puzzles, find clues, and escape the room within a set time limit. Nexties design the house and the puzzles, build it, paint it, polish it, organize actors, and make sure runs happen. Join us for a truly sp0oOky adventure right in a house within Next House.

Next-Make is a group dedicated to building cool, techie projects and generally furthering Mens et Manus at MIT. Past years’ projects included the Next House Party Lighting System. Consisting of high-intensity color, white, and UV LED’s and real-time music analysis software, the party lighting system was designed, built, wired, and coded completely from scratch by Next Make members who love electronics, software, and mechanical design. The lighting system premiered at the Next House Impulse party in February and drew over 500 students from across campus.

Next Quest is an adventurous student group dedicated to providing materials and structure to facilitate the playing of tabletop role-playing games at Next House. We primarily play Dungeons and Dragons Fifth Edition, but support all sorts of RPGs. We organize semester-long campaigns as well as one-offs. Roll for initiative and join!

Next Service is Next’s friendly community service organization. The current focus is a partnership with CASPAR, which is a homeless shelter just off campus. Every other week, we buy food and cook a full meal for ~100 people. For Easter, we made care packages with candy, new socks and underwear, and a short, loving handwritten note for the CASPAR visitors. Some past projects include “Restaurhaunt” (a joint project with Next Haunt), sorting clothing donations with Cradles to Crayons, a talent show fundraiser, a pi day contest to raise money for Active Minds, and Charles River cleanups.

Next Sing’s goal is to provide a very-low-commitment, flexible musical activity for all musically-inclined members of the MIT community. We allow all genres of music, and all arrangements as long as they have a singing focus. Overall, we hope to be a welcoming, relaxing musical community.

Next Sustain is a group dedicated to building a sustainable community in Next House. We hold events and head initiatives to improve the energy, water, and waste management in the dorm while encouraging students to be more environmentally friendly in their daily lives.

For a detailed history of Next House, check out this elaborate history report.

You can also view this website’s history over the years.

You can also view minutes from old Next Exec meetings, or as it was called back in the day, ExecCom. Check out the 1996-1997 minutes here. There are also some 2004 minutes on the ExecCom page of the 2004 website.

There’s also an interesting i3 website, archived from 2012. You can find it here.